WHERE THEARSENALE AND RENAULT ARE GOING,

​​To conclude the 60th anniversary celebrations of the Renault 4, the brand has decided to team up with motion design hub TheArsenale to create a futuristic reinterpretation of the iconic model. This new version, AIR4, is the first flying French car. Not a concept nor a joke, AIR4 is a real-life E-VTOL* vehicle. 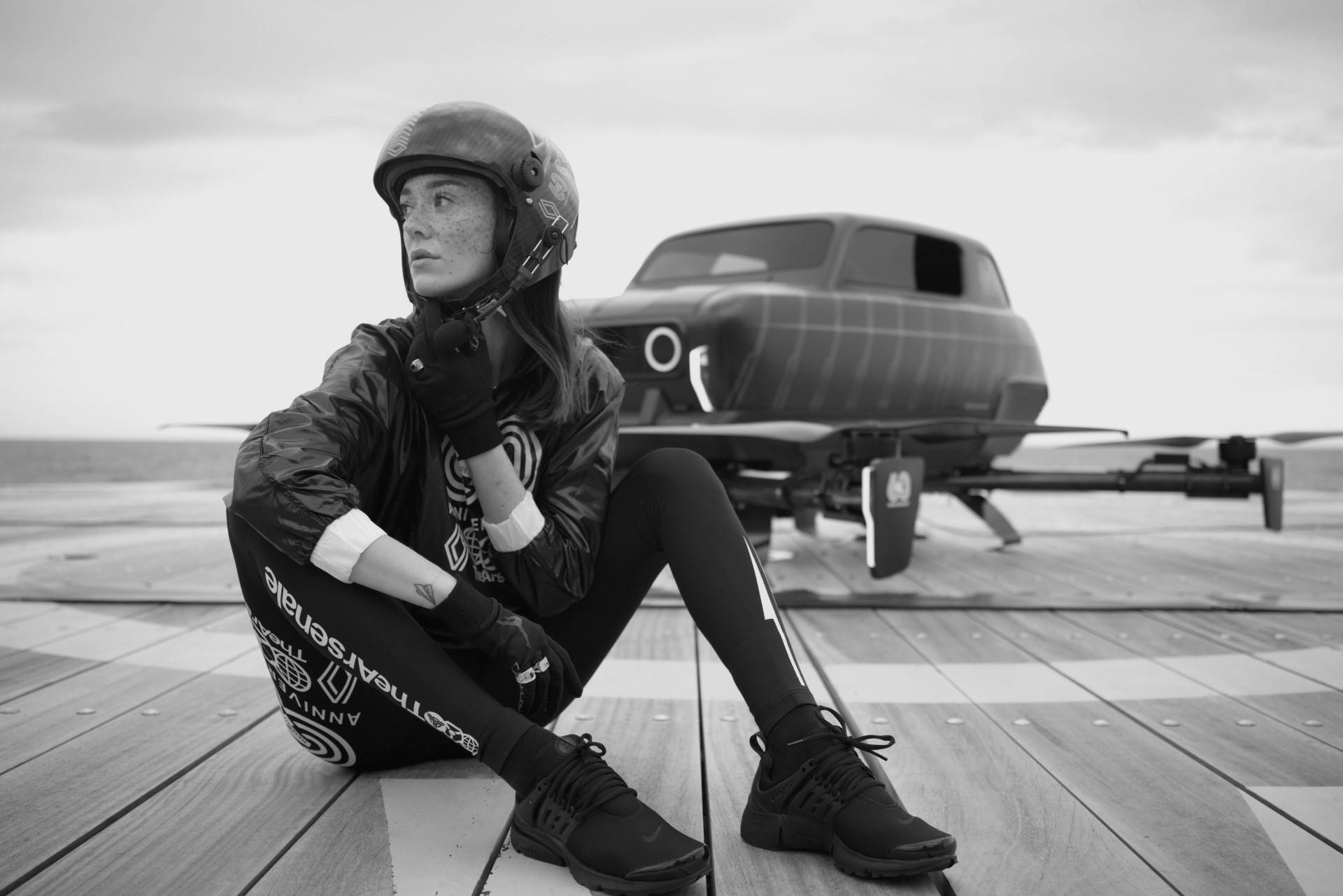 THE ROADS OF THE FUTURE

A symbol of independence and freedom in carbon-fibre form, the AIR4 is born of the realisation that traffic is compounding, lives are grinding to a halt, but the world above us is clear. The opportunities are endless. AIR4 claims the air as the new road for enthusiastic drivers. We embrace the notion of nostalgia meeting state-of-the-art technology; a design cocktail which, in the case of the AIR4, has resulted in a truly bespoke reinterpretation of a retro icon with entirely new dynamic capabilities.

AIR4, AIR IS THE NEW ROAD

From the RENAULT 4 of yesteryear, the AIR4 by TheArsenale project retains certain advantages: in particular a very contained mass and a notorious ability to dissipate calories. But as the new century requires - and in the absence of a road in the third dimension - the rigidity has been completely revised. New concepts, such as thrust or lift required hours of calculations and tests. And isotropy; Had Pierre Dreyfus' teams only used this word to design the simplest, most practical and most likeable car of its time and of the following sixty years ?

The AIR4 has no wheels. Instead, there are four two-blade propellers, one at each corner of the vehicle. The chassis sits in the middle of the rota frame. The driver accesses the vehicle by lifting the reimagined Renault 4 shell, which is hinged at the front, and taking a seat in the stylishly utilitarian cabin. 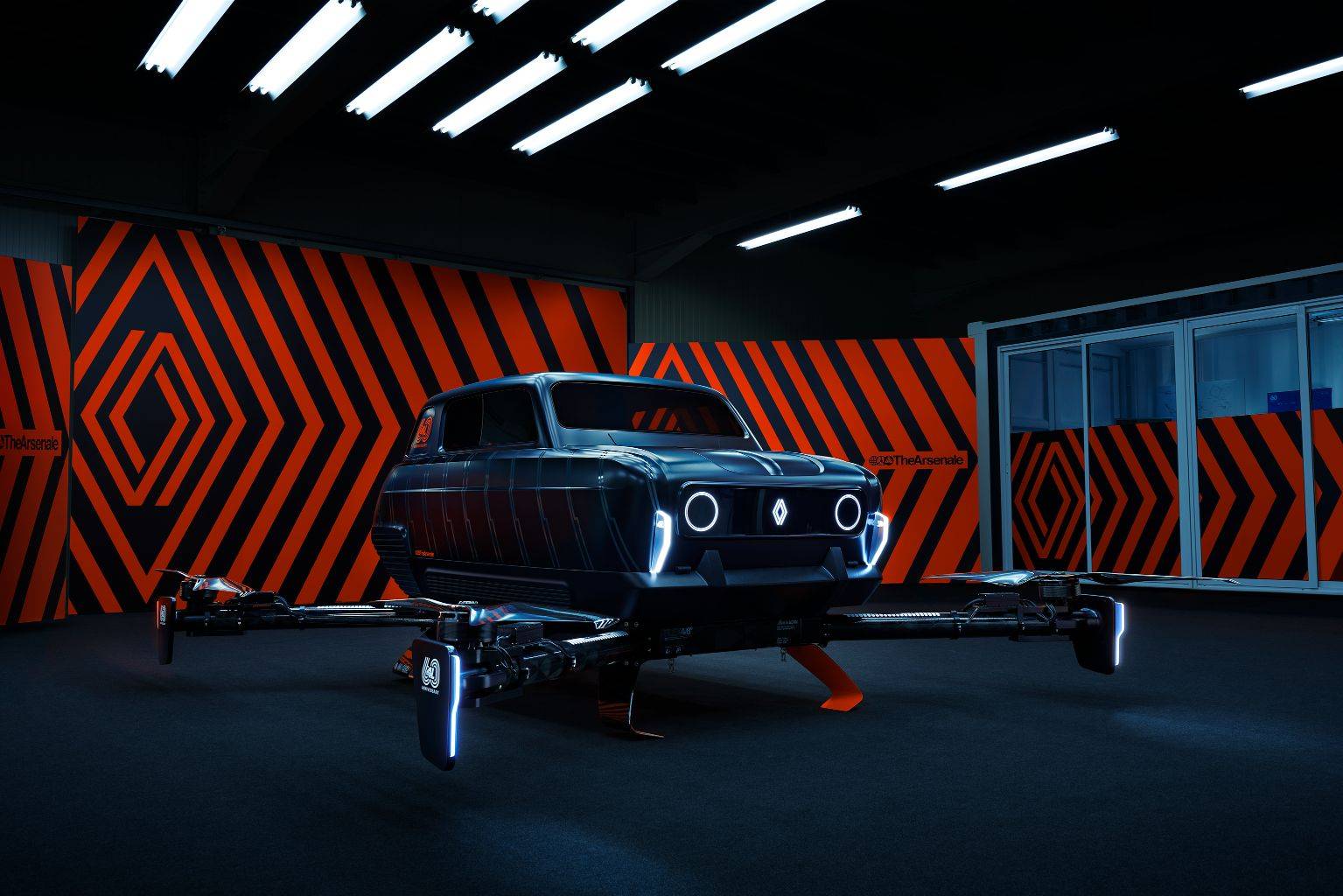 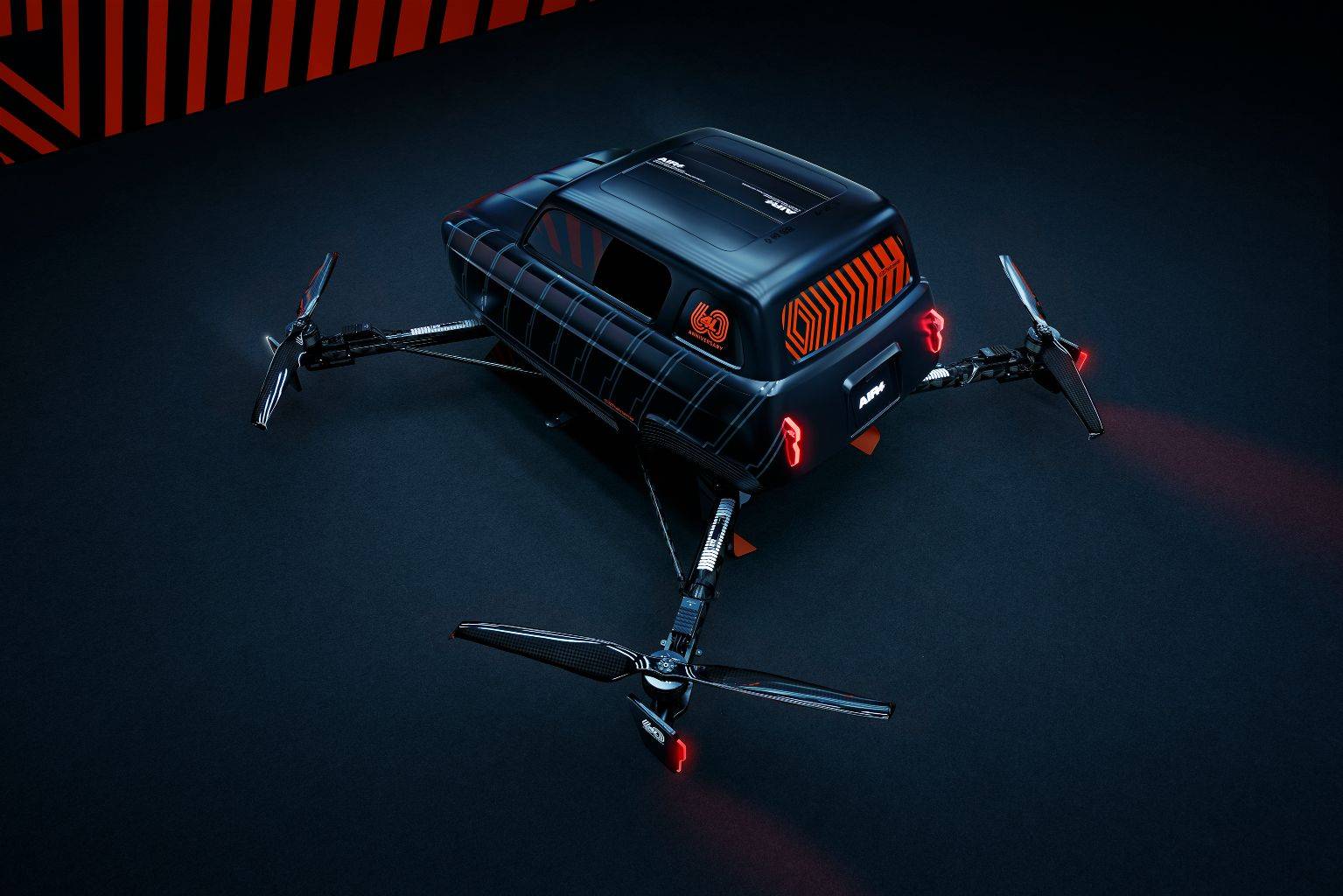 “I have dedicated my life to this passion for mobility and I continually explore all aspects of the moving world,” says Patrice Meignan. “After 25 years of forward-looking research, we believe that the icons of car culture are eternal, whether on Earth or in the air.

For 60 years, the Renault 4 has been driven by ordinary people who make it extraordinary. It is a car that symbolises adventure. It’s simple, practical, useful and as modern as it is retro. All drivers will tell you, it allows you to travel differently. That is to say, to live an adventure. This ‘traveling different’ has inspired my team and I. With the AIR4 by TheArsenale, the Renault 4 is ready for its greatest adventure yet.

“WE BELIEVE THAT THE ICONS OF CAR CULTURE ARE ETERNAL” 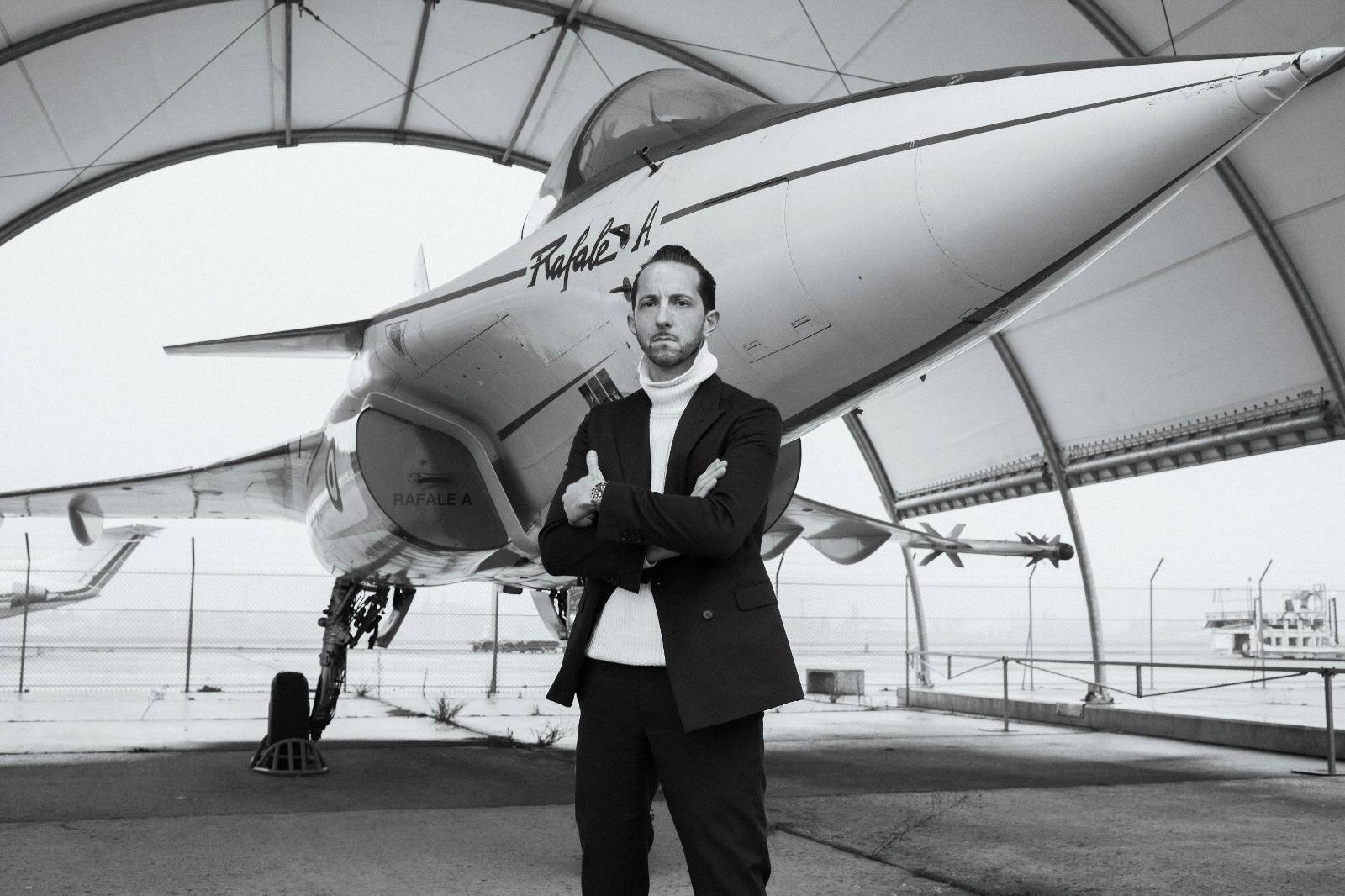 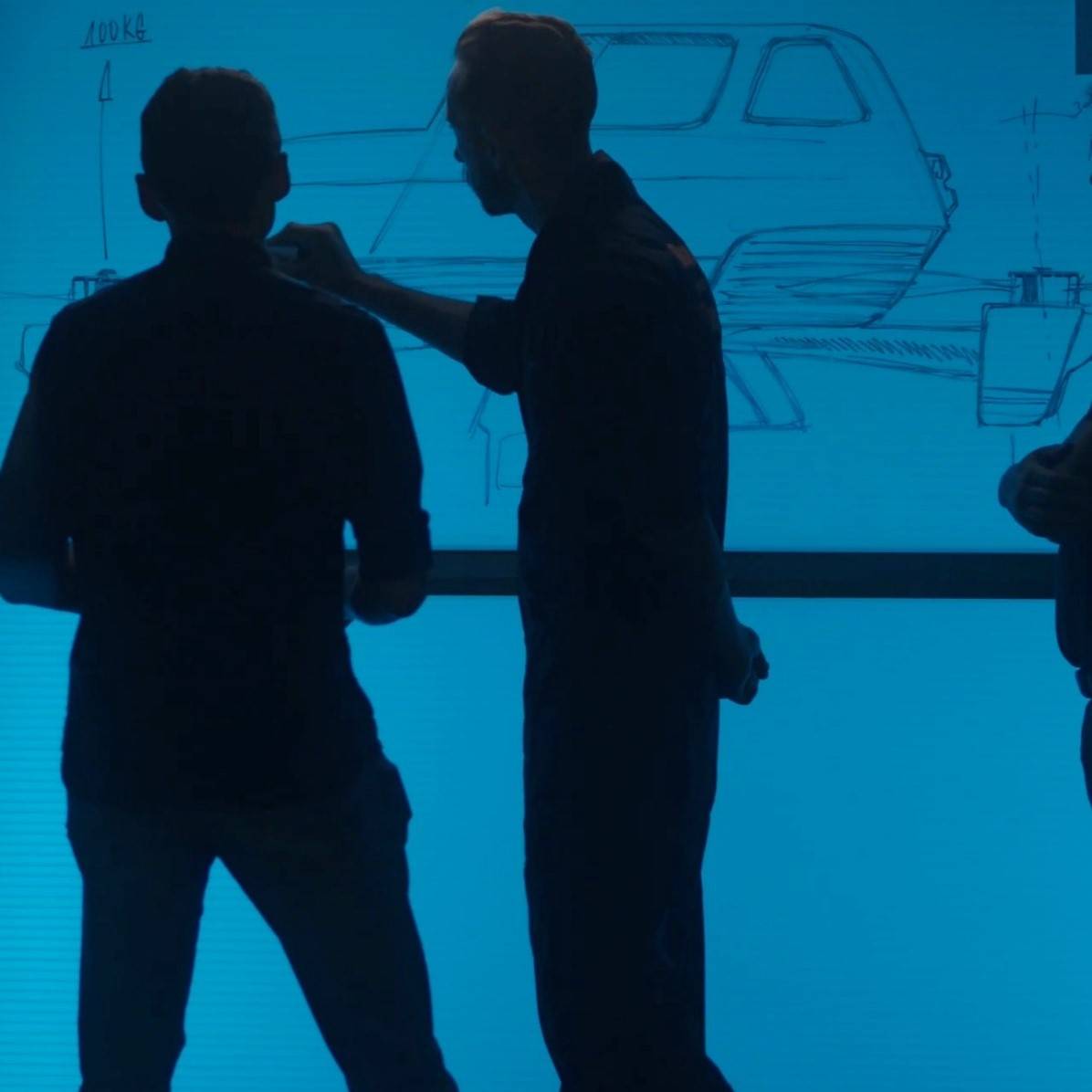 The idea of making a flying 4L came quite quickly since we have been working in the mobility industry for more than 20 years and we have always built crazy machines, set up explosive communications operations for all the biggest car manufacturers.

For some time now, we have a great interest for the air. Not to familiar objects such as helicopters or airliners: we are interested in eVTOL. These are flying vehicles that will arrive in the next 5 to 10 years and will radically change the way people get around cities.

We have been working with Renault for a very long time, and this year Renault once again asked us to tell a somewhat crazy story for the 60th anniversary of the 4L, the brand's iconic vehicle.

Building an eVTOL in such a short time is extremely complex, a lot of constraints to be resolved quickly. To do this, we have joined forces with the excellence of two technical partners: L2 Concept - Factory Unit, a concept car expert on design, conception and assembly, and MC-CLIC, a drone and flying specialist from Monaco. All together we solved a lot of weight, safety and rigidity issues. The biggest challenge was to do this in record time. For me, who comes

We were briefed by Renault in January. They loved the concept and we were able to complete the project in less than 6 months which is a real technological feat because it would have taken 2 years for a project of this scale.